Click Here to Request a FREE Estimate for Your Equipment

Air conditioning is a necessity for homes in Mesa, and we often take it for granted until something goes wrong. At Honest Air Conditioning, we offer professional HVAC services that keep your family cool during the warm Arizona summers. We love sharing fun facts about AC and its fascinating history. Here are some of our favorites.

It may seem a bit ironic, but the first way that humans kept cool was through wind power. Even a gentle breeze was enough to work with the moisture in the skin and keep people cool. Now, thousands of years later, the emergence of “green” power sources has us looking at wind power once again.

We can all agree that Egypt has one of the hottest and driest climates on the planet. So, how did they keep cool? This fascinating culture not only brought us some of the most iconic architecture in human history but also the first recorded form of evaporative cooling. The Egyptians used a material that was easily accessible. Reeds were soaked in water and hung in the openings of their homes. As the breeze came through the windows, it cooled the interior through evaporative cooling.

3. From Water to Ice

The Egyptians continued to evolve the design of cooling systems for their homes, and the Romans and Greeks soon adopted their techniques. Although the days in Egypt are hot, the nighttime temperatures can dip below freezing. The Egyptians used the natural climate to freeze water that was put in trays and covered with straw. The ice was used in the same way as wet reeds to reduce indoor temperatures. In what is now Iran, people climbed mountains to harvest ice that was used to fill containers. Contraptions were designed to catch the wind and move it across the ice to cool air for interior spaces. This history was noted in early AC designs that measured output with “ice power.”

Many remnants of the Roman aqueducts still exist in parts of Turkey, North Africa, Spain, Greece and France. The obvious use of these channels was to deliver water for drinking and irrigating crops. One of the lesser-known uses was to direct the water to flow through Roman homes to cool the interior space.

Fans are found in many ancient cultures as a way to keep cool. Some designs were quite elaborate, such as the gorgeous, ornate oriental fans, while others were more practical, such as the use of ostrich feathers. The first electric fan was invented in 1886 by Schuyler Wheeler. The fans did little to actually cool down the air and relied on the same fundamentals of evaporative cooling that were the foundations of designs in ancient cultures.

If you miss the school days of summer vacations, you can blame air conditioning. Like students, workers also had to take a three-month break due to the higher outdoor temperatures. The practice continues in parts of Europe. This was not due to the generosity of employers but, rather, the necessity to protect workers. Most businesses were not air-conditioned, and employers had to close down over the summer or risk having their employees suffer heat exhaustion or worse.

When we look into the history of present-day air conditioning, we can thank one of the biggest names in the business – Carrier. In 1902, Willis Haviland Carrier designed an air conditioning system for a printing shop. Carrier was not looking to solve the problem of keeping people cool. Instead, he wanted to find a way to remove humidity and heat from the air because it warped the paper and interfered with the application of ink. His device ran on electricity and worked to control humidity, heat, air circulation, and ventilation. One year later, Carrier’s system was installed in the New York Stock Exchange Building.

8. Going to the Movies

Have you ever wondered how the phrase “summer blockbuster” came about? Once Carrier developed the air conditioning system, theaters were among the first to have them installed. The reasoning was that summertime was when fewer people went to the movies, most likely because they were on vacation, or it was just too hot. By offering families a place to cool down, theaters were able to overcome the dips in income during the warmer months.

Just because AC was invented by Carrier does not mean that it was readily accessible to homeowners. Residential AC was not invented until 1914, and when it was, the luxury was still well out of reach of the average homeowner. The units were about 20 feet long, 6 feet wide and 7 feet high. They cost between $10,000 and $50,000, which was much more than the average price of a home. For comparison, that would mean an investment of between $100,000 and more than $500,000 by today’s standards.

States with high temperatures, such as those in the desert southwest or humid southeast, would most likely still be rural frontiers today if it weren’t for air conditioning. Can you imagine living in Mesa without AC in your home?

The first home that was constructed with air conditioning belonged to Charles Gates. In 1913, Gates built a mansion that was designed from the ground up to keep him in cool comfort. Unfortunately, Gates died before he could relish the benefits of his investment.

12. Keeping It Cool at the White House

The White House didn’t have air conditioning until after the Great Depression. President Herbert Hoover invested $10,000 to install the equipment.

In 1939, Packard became the first automobile manufacturer to offer AC as an option for their vehicles. Most consumers decided to skip the upgrade because it wasn’t just expensive, but the unit also took up most of the precious trunk space.

When the technicians from Honest Air Conditioning perform AC repairs during the hot Mesa summers, we often are told by homeowners that we have saved their lives. Perhaps they may not mean it literally, but studies have shown that AC is truly a lifesaver. Scientists have found that annual heat-related deaths have decreased about 80% in the last 50 years since AC became more commonplace in homes. That is partially attributed to the fact that home air conditioning was not widely available until the 1970s, and today, approximately 90% of homes use it to keep cool during the summer.

Whether you need a new system, emergency repairs or routine maintenance for your Mesa home’s AC, the cooling experts at Honest Air Conditioning are here to help. As we see more unusual weather patterns in the desert Southwest, we can also keep your family safe and cozy during the winter with heating installation, furnace repair, and furnace tune-ups. Call us today to learn more or to schedule an appointment with our technicians. Be sure to ask about our indoor air quality products and ways that we can help you save money on energy costs. 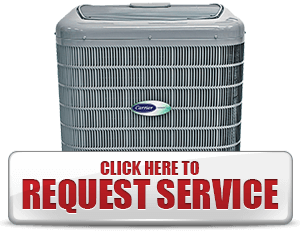